Now he works with bravesoft inc. in Tokyo since April 2019.

He works as a self-employed/freelance web designer from early 2017.

Taizo was born in Kagoshima City, Japan in 1975. He proceeded to university in Tokyo after graduation of a senior high school. He studied web information design by himself in the latter half of 1990s and then he took notice of professionals through the Internet. He left college before graduation and joined a design company Cyber Graphics, Inc. in 1999. He participated in various commercial web design. In the end of the year 2006, he took leave of absence from work for reasons of illness. Then in July 2015 he has moved in Yokosuka City.

He has a rank of third-dan of Kodokan Judo, and a rank of first-dan of Syorin-ryu Karatedo. 181cm, 75kg. Cat‐lover.

Planning, production and development of 50th anniversary contents “JAL's history”, designing presentation contents of JAL website for beginner's introduction and some contents of Japan Airlines website. planning, designing graphics and interfaces for many games and webcontents of PostPET Japanese official website and help of management this website, some renovation, assign for seven years. joined development official templates of Expo 2004 Aich, Japan. And some EC websites, assistance for implementation of many large-scale web contents. 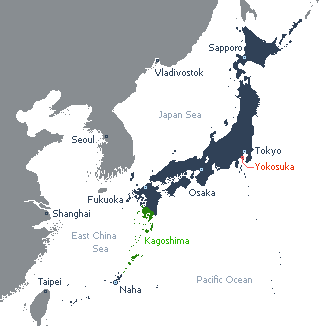 Taizo's parents got married in an economic high-growth period of Japan. And Taizo Nabekura had come into the world as their first child in 1975.

Taizo's father Meiichi Nabekura was born in Manchuria in 1943. Taizo's paternal grandfather Mitsushi Nabekura was born in Kagoshima. He was employed in South Manchuria Railways Co. then. And he got married Taizo's grandmother Sei in Manchukuo in prewar days. In 1945, Japan was defeated and grandfather was repatriated with his family—his wife and Taizo's father, aunt—from Manchuria.

Taizo's mother Akiko was born in Kagoshima in 1947 just immediately after the end of the war. Her maiden name is Fujita. And Taizo's both grandmothers are first cousins. His maternal grandmother Isa brought up her four daughters including his mother without husband in postwar Japan, because his maternal grandfather Noboru Fujita had passed away in his youth.